What if the two of you could create a new, different, and better relationship?

Imagine Jack and Jill – they’re in their late forties and have two older teens. Work is stressful for both of them. Between family and work commitments, they’re exhausted and flop in the bed every night.

Relationship difficulties they thought were long in the past are showing up. Again!

The relationship is starting to suck. Sometimes.

It doesn’t suck all the time. But sometimes, yes.

Stuck on a merry-go-round of exhaustion and misunderstanding.

Jack and Jill are drifting apart.

Jack has a friend named Harry.

Harry is married to Sally.

Harry and Sally recently attended one of my couples’ workshops. He tells Jack what happened…

Man, Jack. When we got in the car to go the event, we started fighting. It was awful.

We got there and Bill and his wife, Ginny gave each of us a quick survey. One question asked on a scale of one to ten, ten being very close to each other, how close would you say you are to your partner?

Somehow, we stayed and did not bail.

Bill and Ginny led us through some amazing ideas concerning relationships and how they work.

Those who wanted to participate asked questions. No one was put on the spot. It felt safe.

He and Ginny seemed confident. They shared some of their relationships struggles and that they were able to repair those difficulties. I wanted to know just how they did that because me and Sally weren’t so good at that.

A couple’s handout was explained, then Sally and I were sent off to work through the worksheet.

We found an empty room. It had two comfortable chairs, tissues, water and a sound machine. I noticed the blinds were closed. We started the worksheet. It was a little hard, but we did it. It made a little sense.

Bill told us he would pop in to see how we were doing. Which he did.

It was the most real conversation we’ve had in a long time.

It wasn’t a lot of fun, but it was real. That was new.

We came back into the big group and other couples were already there. Coffee and small chat
occurred between us and the other couples.

Our facilitator asked us about the couple’s work. Some of us talked about it being difficult. Others thought it was okay. One couple thought it was easy.

Man, I must be wearing you out.

Well, the process of short facilitated instruction, followed by couples privately working through a new hand out, then returning to discuss in big group repeated over seven conversations.

There were breaks and lunch, but at the end? It was awesome for us. Very helpful. It really changed the way we see each other and the way we interact.

I feel you and Jill should consider attending.

Oh, by the way, Bill asked us to rate our closeness at the end. I put an eight. Unbelievably, Sally put a 7. Her opinion of our relationship closeness went from a 0.5 to a 7!

Jack said he wanted to try it and would talk to Jill.

Did you know every relationship has a map – a predictable, reproducible, understandable map?

The map is deceptively simple, yet incredibly complex to understand and navigate; especially at first.

Especially when the relationship hurts.

Hold Me Tight® can help.

Hold Me Tight® and “Created for Connection for Christians®” help couples learn about relationship maps, then helps them begin to see their map.

The experience reveals a revolutionary new way to see and share loving relationships.

The life stories, new ideas, and interactive exercises explain the new science of love and the wisdom of Emotionally Focused Couple Therapy (EFT), an effective new couple communication model developed by Dr. Sue Johnson. The workshop is based on Dr. Johnson’s book, “Hold Me Tight – Seven Conversations for Connection”.

What Others Experienced You Could Too 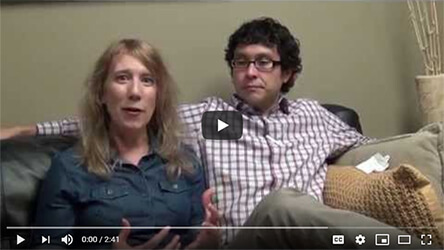 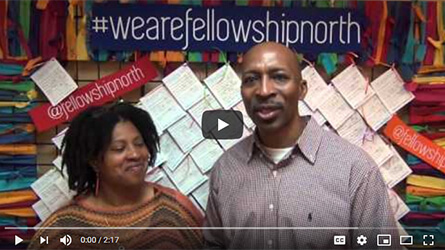 We’re delighted to offer our next Hold Me Tight® Couples Workshop in the Greater Little Rock/North Little Rock area on February 15 and 16 (Friday Evening and Saturday).

Note about the dates and location: It may be these dates, or the location are not a good fit for you. We’re portable and offer this experience in many settings. CALL BILL FOR INFORMATION ((501) 920-6096).

Hold Me Tight® Workshops help couples experience seven conversations based on the Hold Me Tight book, all of which have been shown to be essential to successful relationships. Couples learn how to understand and improve their relationship during presentations facilitated by the workshop leaders, in private exercises and conversations with your partner and by watching video demonstrations of other couples.

Although we encourage questions and comments, no one needs to speak in the group if you do not wish to. Those who don’t share have good reasons not to and they will not be asked to contribute. All the dialogues with your partner will be done in private, as we always emphasize privacy, confidentiality and comfort.

Couples learn to identify their “dance” that has kept them locked in anger and isolation; they learn to change the steps that are keeping them from getting their attachment needs met. You’ll find the safety to be vulnerable, soften and open to giving and receiving care from each other. You will tap into your deeper needs and longings and learn to communicate them and respond to them in each other.

We welcome people of all backgrounds, ages, faiths, and sexual orientations.

Ginny is Bill’s wife and life partner. They live out the processes and principles shared in this relationship affecting experience.

The important questions for couples in love:

Ask yourself the above questions right now. How would you answer about your Most Important Relationship?

No matter how good your relationship, it can be better.

Your workshop helps the two of you:

This experience is designed with you in mind:

What if my partner is reluctant?

Sometimes people are nervous about attending a couple’s seminar.

It seems very risky. You don’t know us.

Maybe you haven’t read the book – or read it and didn’t relate.

And, you might ask yourself, “Who else is attending? What if they’re weirdos?”

Most people don’t relish the idea of sharing some of their relationship upset with a group of strangers.

We can help or help you find the help you need!

Are there couples who should not attend?

This program is not appropriate when:

If you feel you are a couple who meets the markers found in this section of couples who should not attend, at least not right now, then call our office today! (501) 920-6096.

We can help or help you find the help you need!

What leading relationship experts say about Hold Me Tight®

“Wonderful… Hold Me Tight® Workshops blends the best in research findings with practical suggestions from a caring and compassionate clinician. Hold Me Tight® will be of great benefit to couples trying to find their way to better communication and deeper, more fulfilling ways of being with each other. Bravo!”
– Daniel J Siegel, MD, author of Parenting from the Inside Out

“At last a road map through Emotionally Focused Couple Therapy with its creator. Dr. Johnson’s superb science, humor, and clinical wisdom are finally accessible to all of us. I couldn’t pick a smarter, warmer and more real guide for this journey.”
– John Gottman, PhD, bestselling author of The Seven Principles for Making Marriage Work and co-author of And Baby Makes Three

“Dr. Sue Johnson is the most original contributor to couples’ therapy to come along in the last thirty years. This book will touch your heart, stimulate your mind and give you practical strategies for improving your relationship.”
– William J. Doherty, PhD, author of Take Back Your Marriage

“A much-needed message to all couples and therapists, and I recommend it to all.”
– Harville Hendrix, PhD, author of Getting the Love You Want